Photoshoot on the Pikes Peak Highway

Over the winter months I put 64SAINT into storage, not because there aren’t days I could use it during that time, but because if I didn’t I would have to keep my daily driver out in the snow and frost and whatever else comes down. I’m getting too old to scrape the windshield of ice and snow every morning.

Yesterday I collected 64SAINT from Concours Cars’ storage facility. That counts as the first day of spring in my book – it helped that the sun was out and there were blue skies -- so I drove it to just past Woodland Park and back to blow the cobwebs away (and also to help get through the 5 month old gasoline+additive in the tank). I posted a quick photo from that trip on Facebook, and Joe Hendricks, an old friend, asked whether I was going to go on a photoshoot in the mountains. OK, then…

So this morning, I put a whole stack of photographic gear in the Volvo and made my way to the Pikes Peak Highway, the road that goes to the top of the mountain. On good days. And today wasn’t a good day: only 15 miles of the 19 were in fact open, the top four were still ice and snow covered and blocked. Mind you, here I was in a 51 year old car: I wasn’t planning on going the Full Monty to 14,115 feet at any rate. I had this idea of finding some trees and some snow and some views and taking a bunch of photos. It seems quite a few other people were out on the Highway sightseeing, and I got no end of compliments for the car.

To be honest, although I enjoyed the occasion, my photos sucked. I think, in essence, I paid no attention to the fact that the sun was beating down, causing glare on the chrome and paintwork of the car, and fooling the camera’s sensors big time. The camera would be exposing for the brights in the photo (the chrome, the sky, the white snow) and the car was coming out way dark. I’ve managed to select and process a round dozen, it’ll have to do. 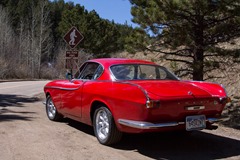 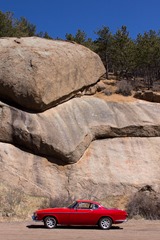 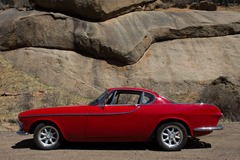 Love the juxtaposition of rock and car 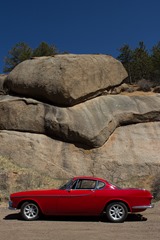 Switching to a wide-angle lens 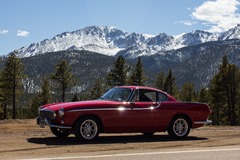 An example of the problem I was having: this has been post-processed quite strongly to get some detail in the car, yet the snow on Pikes Peak is perfect. 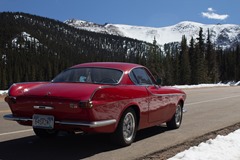 The way ahead, but I stopped here 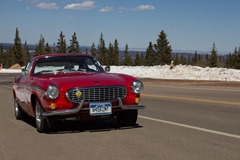 A view to the north 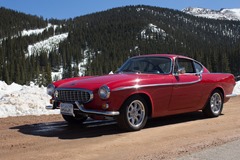 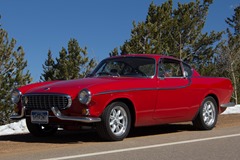 By the side of the road 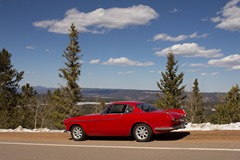 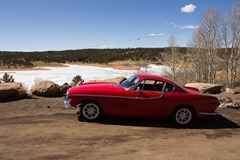 As you can see, the reservoir is still frozen. There are signs everywhere saying keep off the ice. 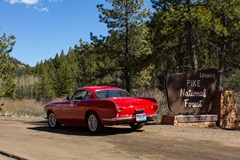 All I all, I was glad I did it, but the results could have been better. Perhaps earlier in the morning would have worked more to my advantage – this was around 1pm onwards with the sun at its highest. Oh well, maybe next year.