I got let off early from an all-afternoon rehearsal so, as it was a pretty, sunny, and somewhat warm day in Colorado Springs, I decided to take the Volvo 1800S out for a spin and a photo shoot. It also helped that I’d washed it yesterday (it also being a pretty, sunny, and somewhat warm day), so the gods were smiling on me. 64SAINT was eager to be out and about after some time in the garage during the recent snowfalls and freezing days, so I took it downtown for some pristine-car-against-grungy-industrial-background shots.

Except I started out with the old Van Briggle Pottery (now part of Colorado College) which is anything but grungy. And the sundial was pretty accurate: it was about 4pm when I took these photos. 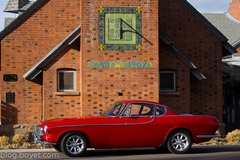 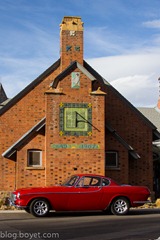 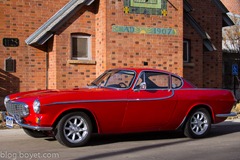 Next I thought I’d take a few against the murals in the car park at the Fine Arts Center. 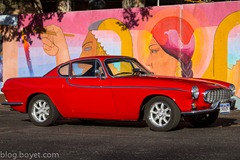 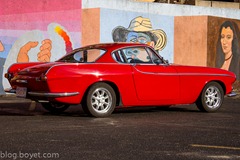 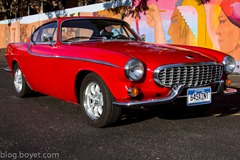 Finally some industrial photos. First by the substation near the railroad tracks at CC. 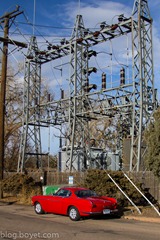 I then went down to the rather run-down area west of Cascade, south of the Pikes Peak Center. Here is grungy in spades. 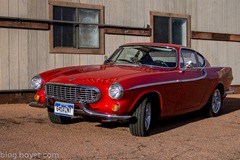 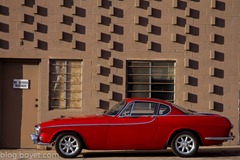 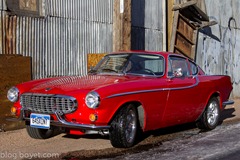 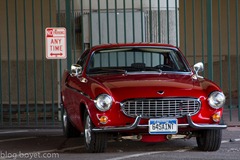 And finally a picture against one of the warehouses in the Arts district: 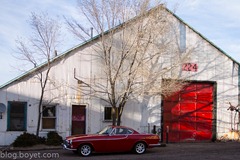 I must say, it’s a little difficult to position the car properly: I found I was jumping out, taking a look , and then jumping back in to reverse or drive it forward a fraction for a slightly better picture (mind you, the car is light enough to just push it). It certainly would have been easier having an extra person to help. For example, here’s one which might have been better if the car was a couple of feet further to the right: it’s crowding the “Wrong Way” sign in my view.

All in all though a pretty successful trip. The warm light from the setting sun complemented the red of the car. I’m well pleased.