A week ago I was in Antwerp for the Techorama developer conference. Ordinarily that would not be interesting enough to post about here, but on the last day, the Thursday, as we were leaving we came across this wonderful car, a Panhard 24CT (and, yes, I admit I had to use Google to find out what it was). Even better, just like 64SAINT, it was red and it was from 1964. 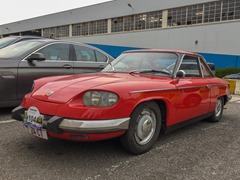 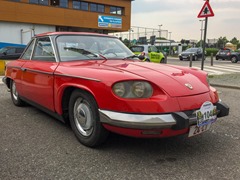 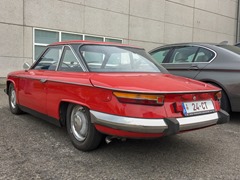 To me, it’s distinctly French, and indeed Panhard, at least the passenger car division, was taken over by Citroën, that most Gallic of car makes, in 1967. I reckon there was a group of designers employed by both companies that met in secret and devised that “French car look”. And this example is doubly impressive in that whoever owns it managed to get the Belgian number plate of 24 CT. I doff my hat.