I’d had it for some four years by the time I moved to the US in 1993, and I cheekily asked my parents to store it for me, because, obviously, I was going to return to the UK after I’d had my fill of Colorado. Never happened. They dutifully kept it until 1998, when my dad found someone to buy it (and I needed the money to get married later that year).

We just found a stash of old photos sent to us from my mum from that time. Some of them were of the Volvo (excuse the less than high resolution: scanning already-discolored prints doesn’t really work that well). 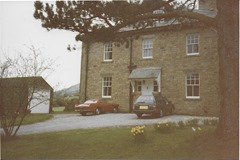 In front of house 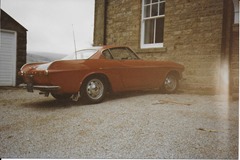 I must admit I’d completely forgotten that my dad had taken off the chrome bumpers, wheel covers, etc, so that they wouldn’t rust or discolor in the damp Yorkshire air. And then stored them in the attic of their house. 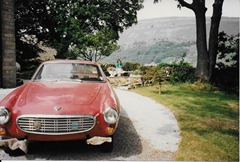 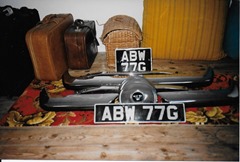 The funny thing is, about a year or so ago, I was contacted by someone in Kent who’d just bought the car. He’d traced me through one of my blog posts about the car (using the number plate, obviously) and we had a good old chat about it. He was kind enough to send me a photo of how it looks now. 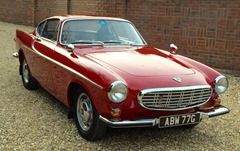